Toy Story 3 is a 2010 American 3D computer animated comedy film, and the third installment in the Toy Story series.[2] It was produced by Pixar Animation Studios and distributed by Walt Disney Pictures. Directed by Lee Unkrich, the film was released worldwide from June through October[3] in Disney Digital 3-D,RealD, and IMAX 3D. Toy Story 3 was also the first film to be released theatrically with Dolby Surround 7.1 sound.

The plot focuses on the toys Woody, Buzz Lightyear, and their friends dealing with an uncertain future as their owner, Andy, prepares to leave for college. ActorsTom Hanks, Tim Allen, Joan Cusack, Don Rickles, Estelle Harris, John Ratzenberger, Wallace Shawn, Jeff Pidgeon, Jodi Benson, R. Lee Ermey, John Morris, and Laurie Metcalf reprised their voice-over roles from the previous films. Jim Varney, who played Slinky Dog in the first two films, and Joe Ranft, who portrayed Lenny and Wheezy, both died before production began on Toy Story 3. The role of Slinky Dog was taken over by Blake Clark (a friend of Varney), while Ranft’s characters and various others were written out of the story. New characters include performances by Ned Beatty, Timothy Dalton, Kristen Schaal, Bonnie Hunt,Whoopi Goldberg, Jeff Garlin, Richard Kind, and Michael Keaton.

Andy (John Morris) now nearly 18 years old,[11] is leaving for college, and his toys feel like they have been abandoned as they have not been played with for years. Andy decides to take Woody (Tom Hanks) with him to college and puts Buzz Lightyear (Tim Allen) and the rest of the toys in a trash bag for storage in theattic. However, the toys are accidentally thrown out when Andy’s mother (Laurie Metcalf) finds the bag and puts it out on the curb, causing the toys to think that they are no longer wanted. They escape and decide to climb in a donation box for Sunnyside Daycare. Woody, the only toy who saw what actually happened, follows the other toys and tries to explain that they were thrown out by mistake, but they refuse to believe him.

Andy’s toys are welcomed by the many toys at Sunnyside and given a tour of the seemingly perfect play-setting by Lots-O’-Huggin’ Bear, the bear who smells of strawberries (Ned Beatty) (simply known as Lotso), Big Baby (Woody Smith), and Ken (Michael Keaton), whom Barbie (Jodi Benson) falls in love with. All of the toys love their new home, leaving a steadfast Woody alone in an attempt to return to Andy. Woody’s escape attempt falls short and he is found outside by Bonnie (Emily Hahn), an imaginative little girl. She takes him home and plays with him along with her other toys, who are well-treated, happy, and readily welcome Woody. At the daycare, Andy’s toys are getting played with very roughly by the rambunctious youngest toddlers.

Buzz goes to ask Lotso to transport him and the other toys to a better room, only to be caught by Lotso’s henchmen and restored back to his original space ranger persona. At the same time, Andy’s toys realize that Woody was right about Andy when Mrs. Potato Head sees Andy searching for them through her missing eye, which was left behind in Andy’s room. Before they could leave, they are imprisoned by Lotso and his gang, including a reset Buzz. Back at Bonnie’s, Woody learns from one of the toys, named Chuckles the Clown (Bud Luckey), that Lotso was once a good toy and had an owner named Daisy who also owned Chuckles the Clown and Big Baby. One day, Daisy left them behind on a picnic. The three eventually find their way back to Daisy’s house, only to find that she replaced Lotso with an identical teddy bear. When he found Sunnyside, he and Big Baby took it over and ran it like a prison.

The following morning, Woody returns to Sunnyside through Bonnie’s backpack and reunites with his friends. That night, the toys execute a daring escape plan, and in the process they accidentally reset Buzz into a delusional Spanish mode, in which his memory remains wiped but he becomes flamboyantly chivalrous; despite this, Buzz allies himself with Woody and immediately falls in love with Jessie (Joan Cusack). The toys reach a dumpster, but are caught by Lotso and his gang. As a garbage truck approaches, Woody reveals what he learned about Lotso, and Big Baby throws Lotso into the dumpster. Seeking revenge, Lotso pulls Woody into the dumpster just as the truck collects the trash. Woody’s friends fall into the back of the truck trying to rescue him and a falling television hits Buzz when he tries to save Jessie, returning him to his normal self. The toys find themselves at the dump and eventually wind up on a conveyor belt leading to a giant incinerator. Woody and Buzz then help Lotso — whom they saved earlier — reach an emergency stop button, only to have Lotso leave them behind. Believing the end is near, the toys join hands and accept their fate, but are soon rescued by the Aliens (Jeff Pidgeon) operating a large industrial claw. Lotso makes his way outside, but a passing garbage truck driver finds him and, recognizing he had the same toy as a kid, straps him to the radiator grill of his truck. Meanwhile, Woody and his friends board another trash truck driven by an older Sid Phillips (Erik von Detten) back to Andy’s house.

In Andy’s room, Woody climbs back into the box with Andy’s college supplies while the other toys ready themselves for the attic. Woody suddenly has an idea and leaves a note for Andy on the toys’ box. Andy, thinking the note is from his mother, takes them to Bonnie’s house and introduces her to his old toys. Bonnie recognizes Woody who, to Andy’s surprise, is lying at the bottom of the box. Though initially reluctant, Andy happily passes him on to Bonnie, and then spends some time playing with her and the toys before leaving. The film ends with Woody and his friends watching Andy’s departure and beginning their new lives with Bonnie.

During the credits, Woody and the other toys learn through notes passed on in Bonnie’s backpack that Barbie, Ken and Big Baby have improved the lives of the toys (now including an Emperor Zurg action figure) at Sunnyside. Buzz and Jessie (now a couple) then dance a pasodoble to a Spanish version of “You’ve Got a Friend in Me.” 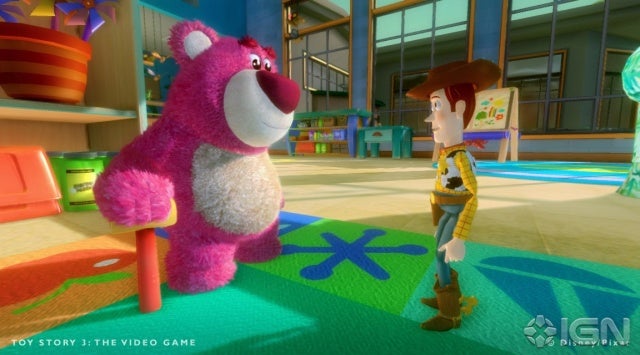 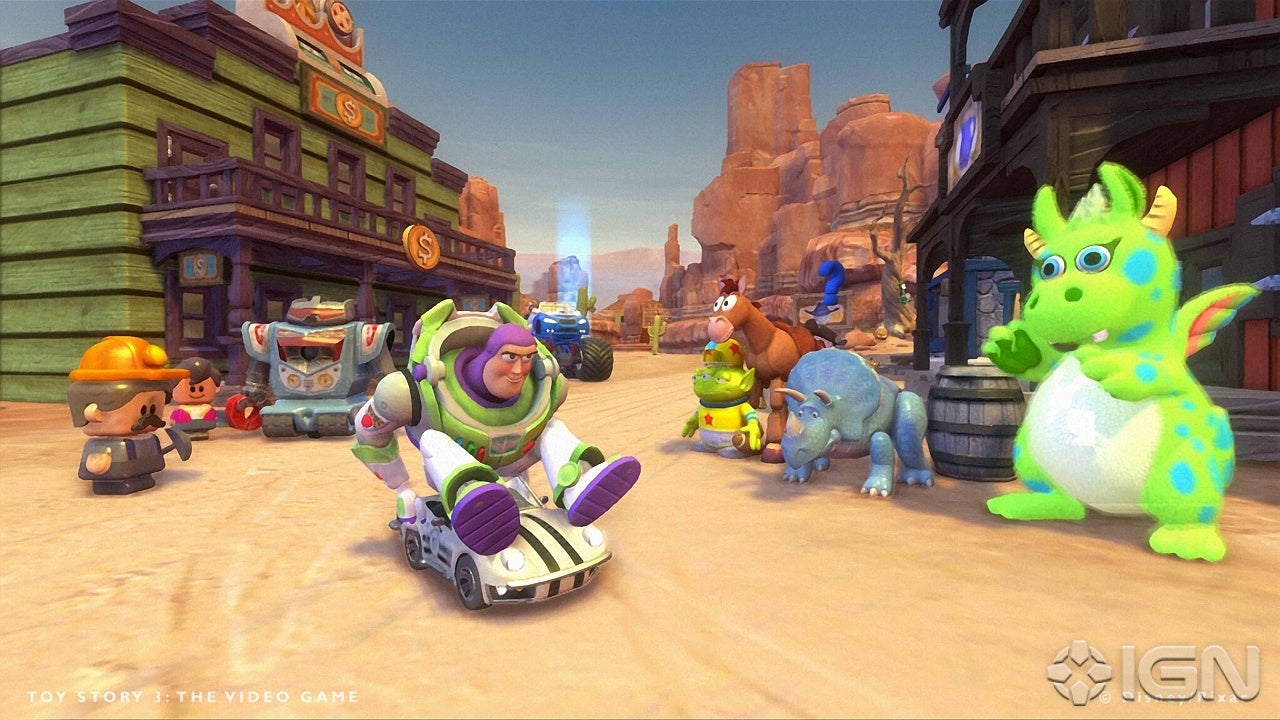 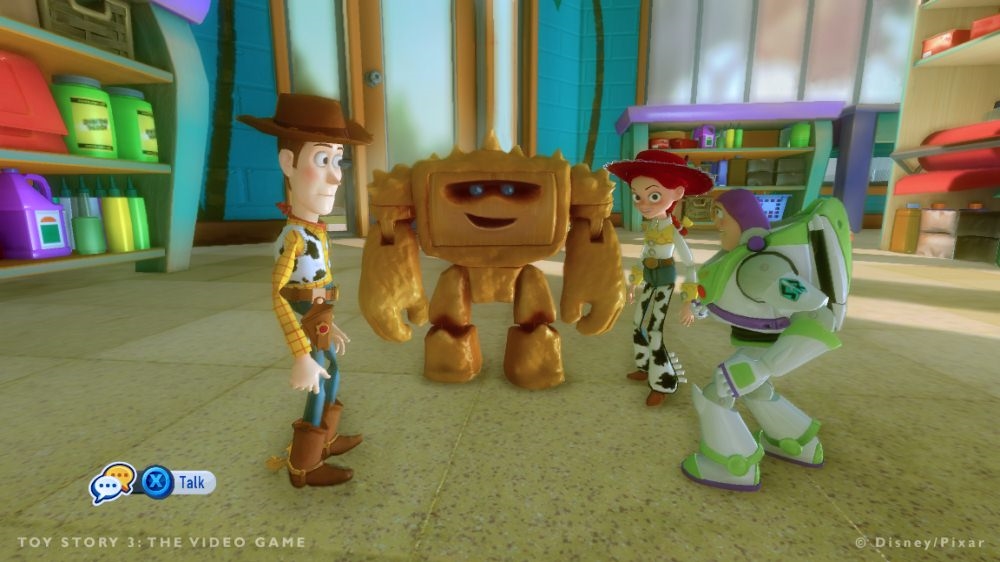 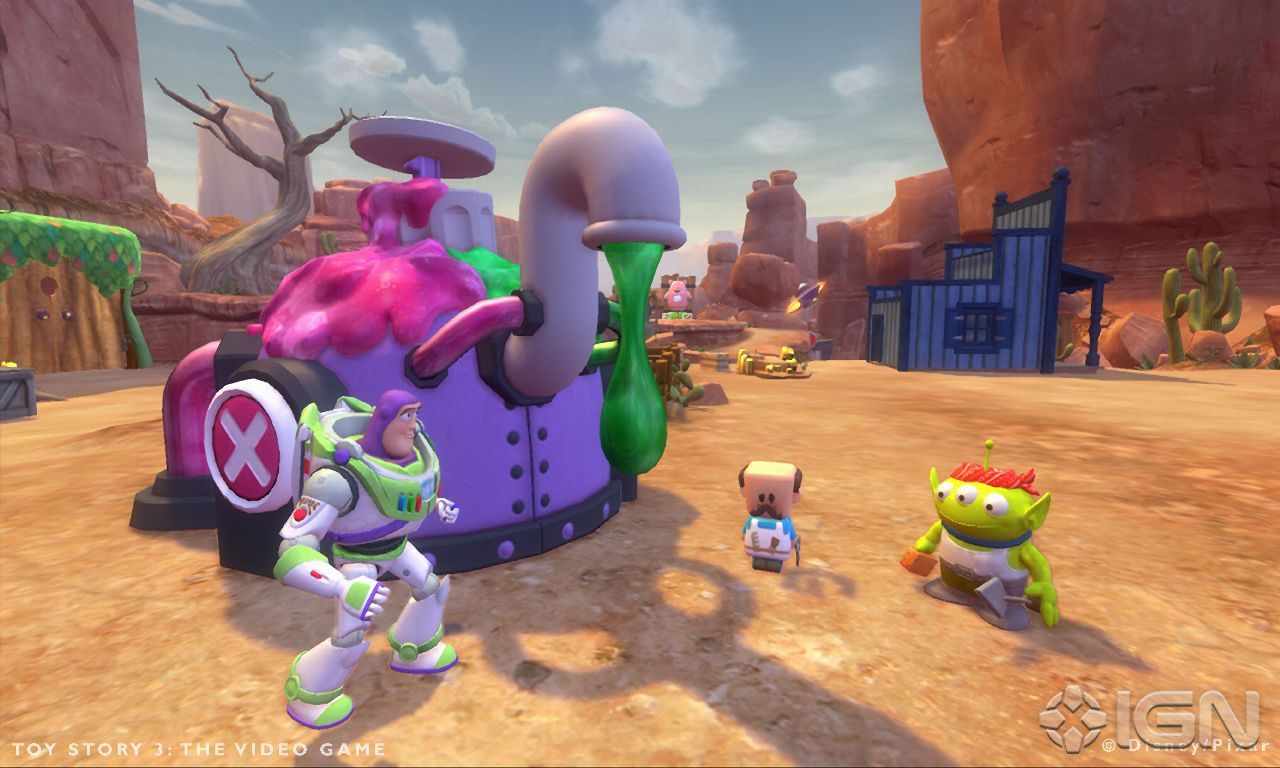