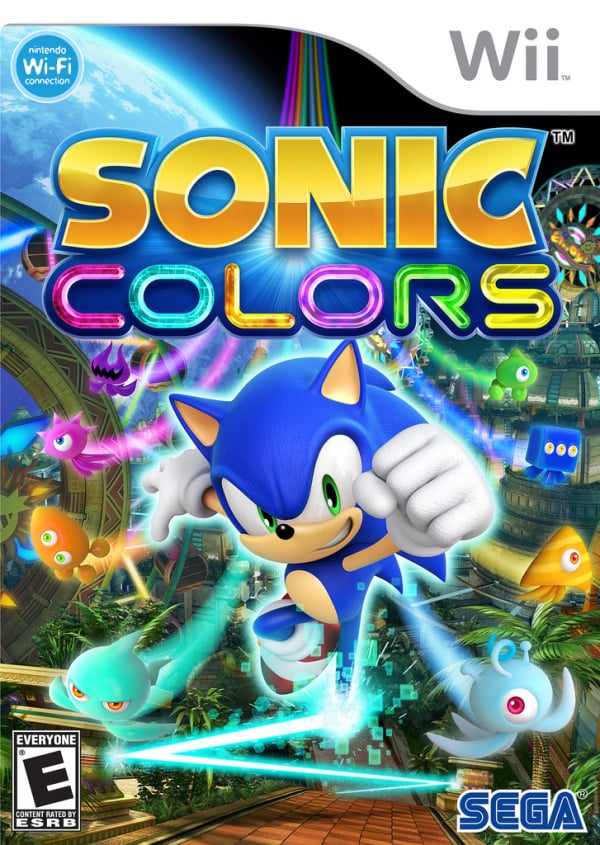 The game is centered around the protagonist Sonic the Hedgehog and his fight against the main antagonist of the Sonic series, Dr. Eggman, who has taken an alien race hostage and is using them for his evil purposes. During the game, the camera perspective switches occasionally from third person to side-scrolling. During development, Sega explained that they were delisting sub-standard games in the Sonic series and developing new titles in order to increase the value of the brand. Development included the interchanging perspective, the idea for the game to be set at an amusement park, and a unique music score. Sega revealed that they were developing the game for a wide demographic, which included both older and younger consumers. The game reintroduces power-ups, which the player can use to increase attack power and reach places they cannot otherwise.

Sonic Colors is similar in gameplay to the 2008 game Sonic Unleashed. The Wii version of Sonic Colors uses a both side-scrolling and third-person perspectives, akin to some of the stages in Unleashed. On the other hand, the Nintendo DS version is largely a side-scroller that takes advantage of the dual screens of the handheld, similar to the Sonic Rush DS games.[8] The Wii version can be played with the Wii Remote(either with or without the Nunchuk), the Classic Controller, or a GameCube controller; the DS version uses the button controls, with touchscreen control during Special Stages. During the game, the player can use the colored energy obtained from different types of Wisps as power-ups that enhance Sonic’s ability to traverse the environments and explore new areas. There are a total of eight Wisps in the Wii version and six in the DS version; some Wisps are exclusive to each version.

The Wii version features a ‘Sonic Simulator’ mode in which players control Sonic-modeled robots through a series of challenges, or with competitive or co-operative multiplayer, with two robots (or, once unlocked, Miis) [9] that are able to combine Wisp powers.[10] These levels are accessed by collecting Special Rings hidden throughout each act. Collecting items called “Chaos Emeralds” allows Sonic to transform into Super Sonic after collecting 50 rings during any level (excluding bosses, Challenge Stages in the Egg Shuttle, and the Sonic Simulator).[11] It also features a Challenge mode in which players can play all levels continuously and upload their total score to online leaderboards. The DS version features Special Stages, similar to Sonic Rush, that require the players collect spheres of a specific color. Collecting all the emeralds in this version unlocks an extra stage exclusive to the DS version. The DS version also features missions, time limit challenges and competitive multiplayer modes, as well as various concept art unlocked by collecting special Rings. Collecting all the special Rings unlocks Infinite Boost in the Options Menu for the story mode only. Both versions of the game feature online leaderboards.[12] 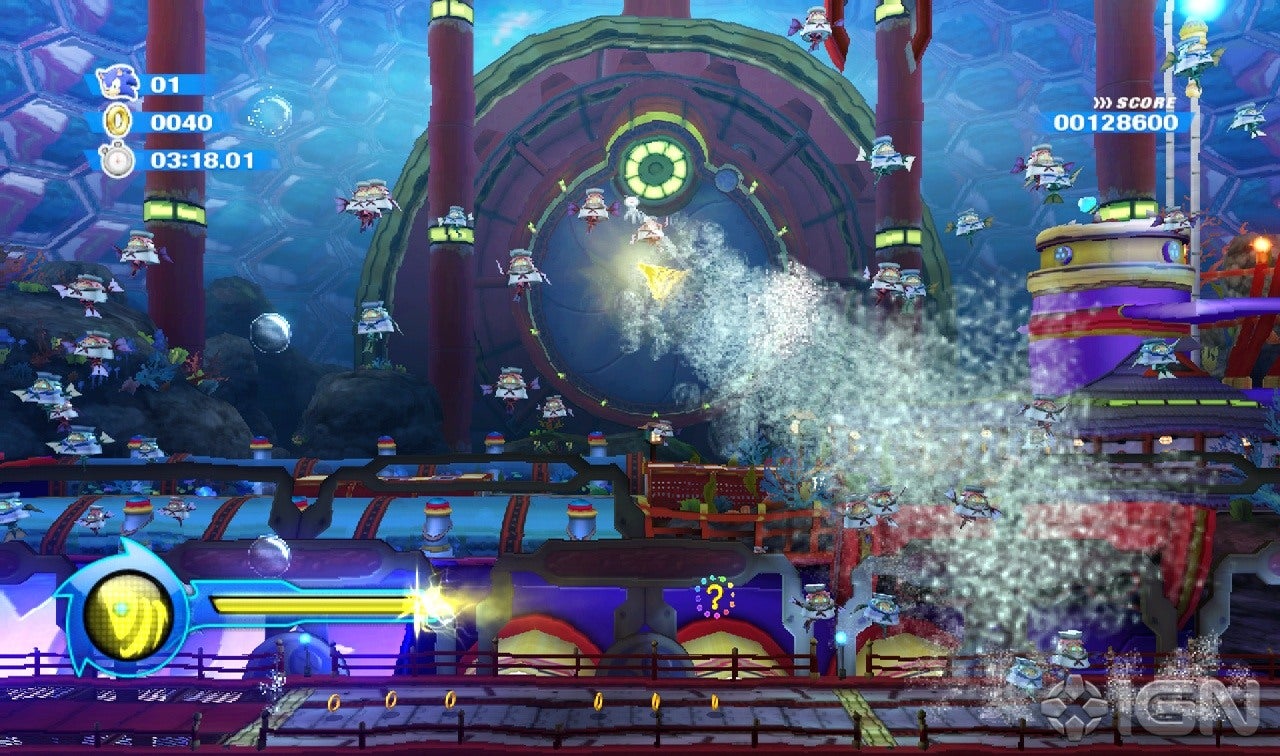 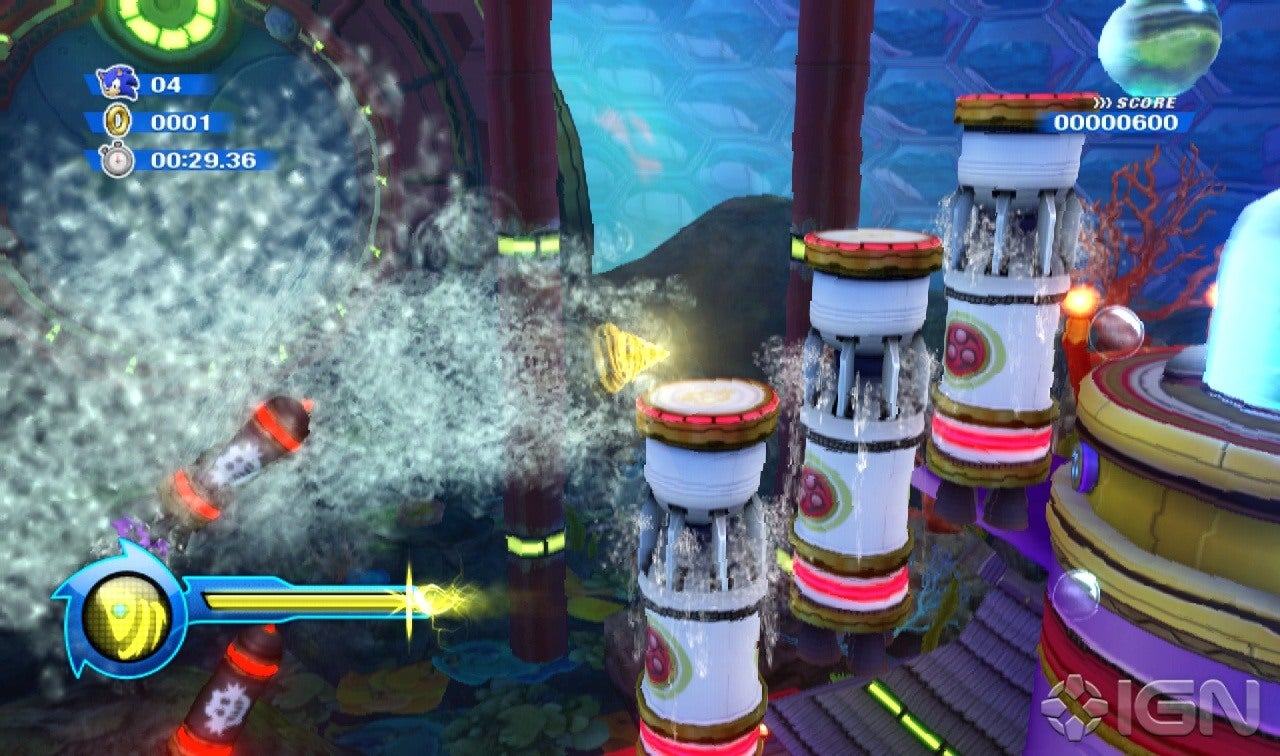 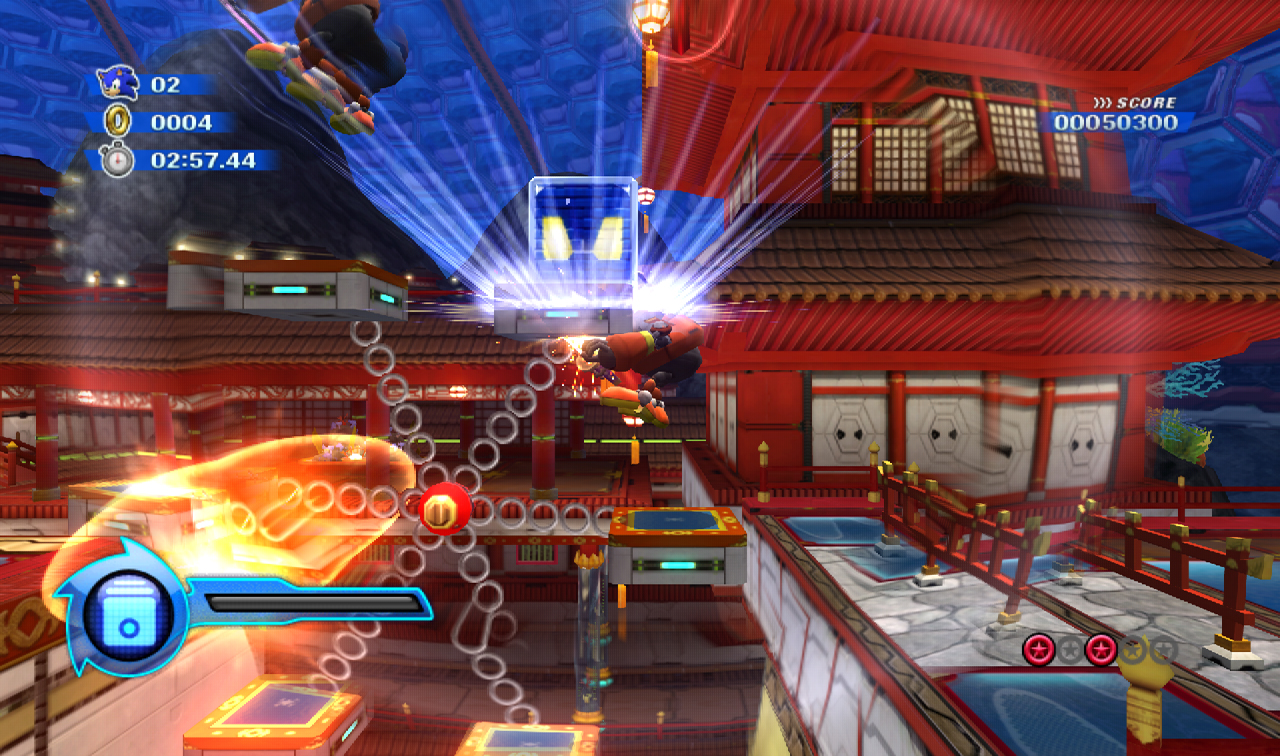