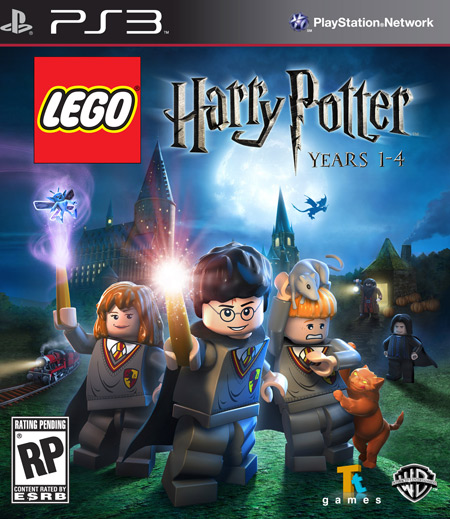 Lego Harry Potter’s gameplay is similar to that of most previous Lego games, with an emphasis on collecting, exploring, and solving puzzles. Casting spells is an integral part of the gameplay, with a wide range of spells available for unlocking as the player progresses. As there are many spells available in the game, the player can use the spell wheel to select the spell. Potion-making is another integral feature; potions can help the player complete levels or, if created incorrectly, have adverse side effects such as turning the player into a frog.[4] Changes to the mechanics of previous games include ‘Student in Peril’ missions, which are a group of challenges to help a student, and Polyjuice Potion, which allows players to temporarily change one of the player’s characters into any other mini-figure unlocked.[5] A major change is to the hub system. The Leaky Cauldron works as a central hub for purchasing unlockable extras and returning to previous levels, while Hogwarts acts as a constantly evolving massive hub with the unlockable characters found by picking up their hidden portraits.[6] [7] The bigger areas in Hogwarts have led developer Traveller’s Tales to improve the overall level design. Also included is another bonus level that allows players to customize the level similar to Lego Indiana Jones 2: The Adventure Continues. If the player is lost in-game, they can follow a trail of Ghost Studs to the next level. These do not count towards the stud total, but will guide the player to the next section of the level. However one of the collectible ‘red bricks’, found in the courtyard next to Herbology, gets the player an ‘extra’ that makes the ghost studs worth 1,000 each.[8] [9] The central hub is the Diagon Alley and its entrance through the Leaky Cauldron. Players can access a room at the second floor of the building to watch videos from the game, as well as using a notice board with pictures from where the player can play completed levels again.[10] The Diagon Alley serves as a series of stores where the player is able to buy characters or change a number of customizable ones, spells, and bricks that have a varying range of uses, such as changing the player’s wand to a carrot, or making the player invincible.[11] Players are also able to visit Gringotts or Borgin and Burkes in order to play extra levels. There are 167 characters purchasable in the game.[12] The game covers a wide range of characters of the first four parts, from notable ones like Albus Dumbledore, and Severus Snape, to others like Viktor Krum in shark form or the Trolley Witch from the Hogwarts Express.[13] The storyline is substantially unaltered from the movies, with slight changes to allow consistent two-player mode throughout the game.
[edit]Multiplayer mode
The game employs the two player split-screen technique introduced in Lego Indiana Jones 2: The Adventure Continues, there is also online support for PlayStation 3 and Xbox 360. The plotline of the game differs from that of the books and films several times in order to have at least two characters in each level. For example, Hermione (accidentally) joins Harry during the first task of the Triwizard Tournament,[14] which was unlike both the book and the film, where Harry fights the dragon alone.
[edit]Changes for the Nintendo DS, PSP, and iOS versions
In the Nintendo DS, PSP, and iOS versions, several changes were made from the versions of the other formats. There is only one hub, the Room of Requirement, but the explorable Hogwarts and Diagon Alley hubs of the other versions were removed and both boss battles and spellcasting were simplified.[15] The DS version uses touchscreen controls to perform spells, and is a downscaled port of the PSP version.[16] 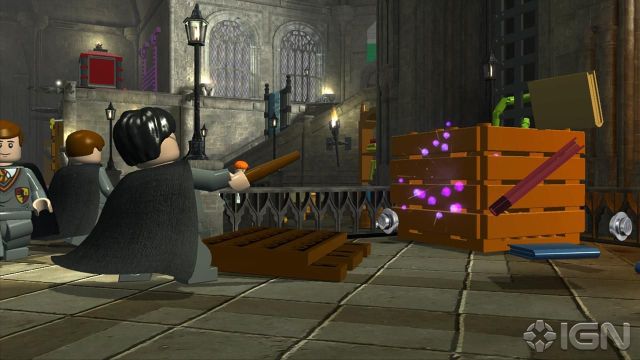 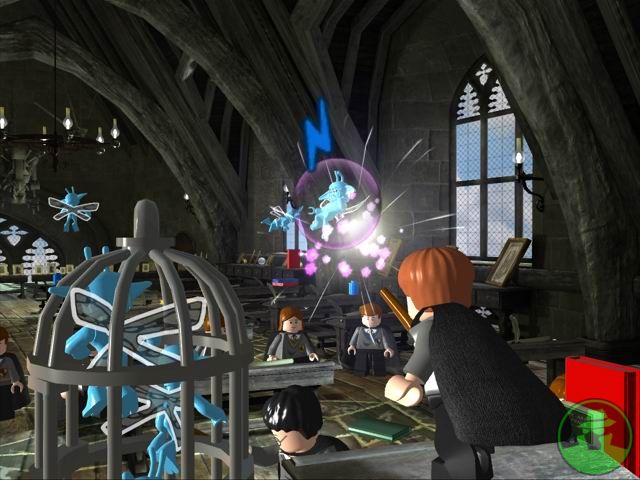 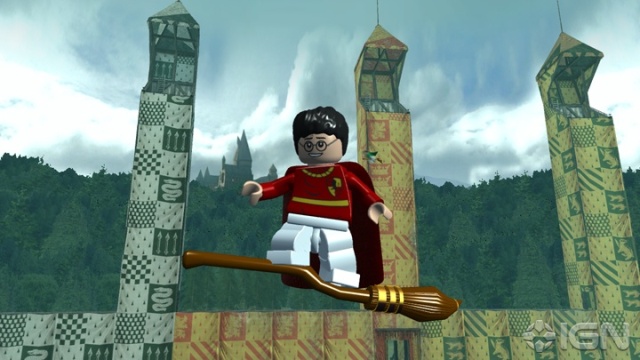