Forza Motorsport 4 is a racing video game developed by Turn 10 Studios and published by Microsoft Studios for the Xbox 360. It is the fourth installment in theForza Motorsport series. It is the first title in the series to support the Kinect sensor alongside the traditional controller-based gameplay.

New to the series is the Autovista mode, a mode in which players can view precise details such as engine parts and interior gauges on a select number of cars. It features a partnership with BBC’s Top Gear as well as its American counterpart. Jeremy Clarkson, presenter for Top Gear, provides commentary in the game’s Autovista mode. Other partnerships include a two-year agreement with the American Le Mans Series (ALMS). Over 500 cars and 26 tracks are included.

The game received universal acclaim from critics. Aggregate websites GameRankings and Metacritic report scores of 90.50% and 91 out of 100, respectively. Metacritic also reports eight perfect scores from various media outlets. Critics praised the enhanced vehicle physics, updated visuals, and strong sound design. Several reviewers also gave high marks for the Forza 4‘s Autovista mode. Some critics expressed frustration with Kinect features, and others also felt that the game was not enough of an innovation from its predecessor, Forza Motorsport 3. These critics did, however, concede that the game was a vast improvement over Forza 3.

Forza Motorsport 4 is a racing video game, and the fourth in the Forza Motorsport series. Like Sony’s Gran Turismofranchise, Forza games are racing simulations; heavy emphasis is placed on making the cars drive and look as realistic as possible. Races are conducted on closed circuit tracks. 500 cars are featured in the core game experience, ranging from everyday cars to race cars.[2]

Players can utilize Kinect to look into a corner using a new head tracking feature. This allows them to look toward the apex of a corner or at nearby cars. The controller or steering wheel is used to control the car while Kinect is used independently for viewing around the driver.[3] Players can also use Kinect as a game controller. In this setting the game automatically accelerates and decelerates the player’s vehicle utilizing a modified version of the feature known as Auto Brake in Forza Motorsport 3. The steering is controlled by placing the players arms out as if controlling an invisible steering wheel.[4] Kinect will allow the player to use voice commands to start races and navigate menus.[5]

New to the Forza series is a feature known as Autovista. It is designed to allow players to walk around and explore inside cars. This feature allows players to view minute details such as brake pads, engine components, and interior details. The player can point at certain features, such as headlights, wheels and the engine for further information about them via audio recording.[6] It can be controlled via Kinect or a game controller.[7] Only 24 cars in the game support the Autovista feature, as it is primarily for sports cars, classic cars, and dream cars.[8] The graphics used to create these cars are formed usingimage-based lighting which allowed the developers to create perfect reflections, and would better immerse the car in the environment both when racing on a track or in the garage or Top Gear studio when viewing a car.[9]

As in Forza 3 there is a career mode for players to complete, which sees players racing at multiple locations around the world. This is known as World Tour Mode inForza 4, previously known as Season Play in Forza 3. However, one new feature that appears in Forza 4 is the game’s ability to adapt the difficulty as the player progresses through the career, and collect a trend of data to see how well they perform. This allows AI drivers to change and upgrade their cars automatically to suit the player’s driving abilities.[10] There are several types of races besides the standard format. Forza 4 includes the original bumper-to-bumper races, but also hasdrift, autocross, and multiple-heat races. Unlike in Forza 3 where players had no choice over which car they received after leveling up, in Forza 4 players are now able to choose one out of several cars as a prize, which are automatically upgraded to the high end of their class.[10] Players are able to import their Forza Motorsport 3 profiles into Forza Motorsport 4. This gives them the ability to transfer a certain amount of in-game credits and gifted cars into their new garage. The amount allowed transferred is based on how long they have played the game and how many cars and credits they have.[11] Players have the option to create car clubs and share cars in their garages within that club. Previous games in the series were limited to eight cars on the track, however Forza 4 supports 16 player racing online, and two players offline.[12]

Forza 4 has 26 courses to compete on. These race courses are mix between circuits courses and point-to-point courses. 17 real-world tracks and nine fictional locations are included. Each course features as reverse configuration, and many have multiple other configurations. Three additional real world race tracks and one fictional track have been added to the Forza franchise, Hockenheimring, Indianapolis Motor Speedway, Infineon Raceway and the fictional Bernese Alps.[13][14][12] 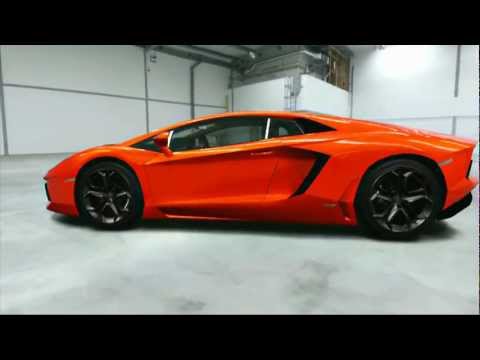