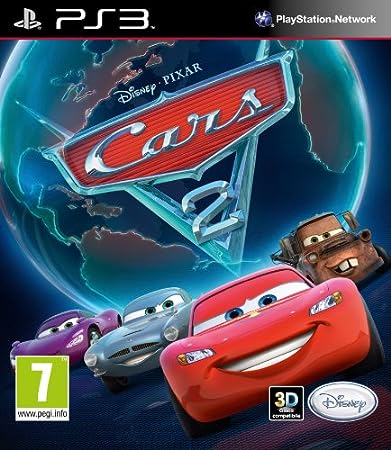 Cars 2: The Video Game is a racing game developed by Avalanche Software. It is based on the film Cars 2, the sequel to the 2006 film Cars. Originally announced at E3 in 2011, the game was released by Disney Interactive on major platforms in North America on June 21, 2011, and in Australia 2 days later. The game was released in Europe on July 22, 2011. The PlayStation 3 version of the game was reported to feature stereoscopic 3D gameplay. A Nintendo 3DS version was released on November 1, 2011 (The same day that Cars 2 got released on DVD and Blu-Ray). A PlayStation Portable version was released in North America on November 8, 2011.[2] It was cancelled in Europe for unknown reason, but was released in the UK on November 4, 2011.[3] Unveiled at the American International Toy Fair in New York City, Cars 2 allows players to jump into the Cars universe with a brand new international spy theme. The game features an array of Cars characters competing in action-packed spy adventures, as well as world-class racing. The game received positive reviews, with a score of 76 on Metacritic for the Xbox 360 version. Customers who purchased the game at Target from June 28 to July 2, received a $10 gift card for free.[4]

In Cars 2, a third-person racing-game, players have a choice of 25 different characters and train to become world-class spies. As part of training, players participate in missions using high-tech gadgets, for example, to avoid enemies or slow them down.
The game has three types of trophies: bronze, silver and gold. Points are awarded at different values depending on what type of vehicle class players use. The game characters are divided into three weight-classes: heavy, medium and light. Players can unlock new cars, tracks and missions by collecting emblems. Drop-in/drop-out multiplayer modes support up to four players simultaneously.
The game has a connection with The World of Cars Online. It is a browser game based on the cartoon universe. Players can discover a new world outside of Radiator Springs, along with the master, Fillmore, Sergeant, and other characters. For compensation received during the game, opening up new facilities in “World of Online wheelbarrows.”[5] [edit]Synopsis

Based on Pixar’s computer animated film, Cars 2: The Video Game follows the exploits of car characters Lightning McQueen and Mater as they train in a secret facility known as CHROME, short for Command Headquarters for Recon Operations and Motorized Espionage. They are joined by British Intelligence agents Finn McMissile and Holley Shiftwell as they attempt to become the car-equivalent of spies.[6]

The game was first shown to the public at E3 2011.[7][8] It was also unveiled at the American International Toy Fair in New York City.[9][10] According to a video interview on Game Line, John Day, the producer of the game, said they wanted to create a good family racing game and add a few things that perhaps no one has seen before.[1] Avalanche Software was working in close collaboration with Pixar artists to bring the humor and personality of the feature film to life.[9] Larry the Cable Guy, Bruce Campbell, Jeff Gordon, Thomas Kretschmann, Joe Mantegna, Peter Jacobson, Michael Caine, Emily Mortimer, Tony Shalhoub, Guido Quaroni, Paul Dooley, Lloyd Sherr, Jenifer Lewis, John Turturro and Eddie Izzard reprised their roles from the film. Owen Wilson is the only actor not to return, being replaced by Keith Ferguson. 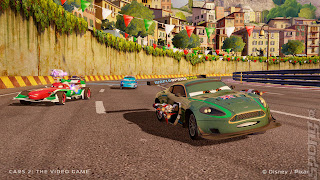 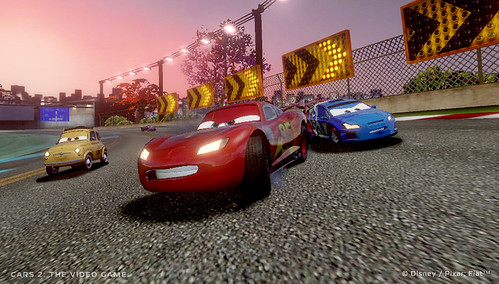