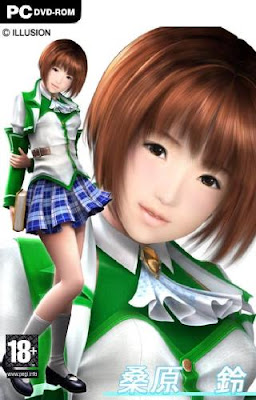 The third game in Biko series is once again a 3D “stalking simulator”. You control Takumi, an ordinary Japanese guy who likes following and observing pretty girls. Your goal is to “conquer” five girls, in one of the two possible ways: either to have a relationship with them and to win their love, or to stalk them successfully and to rape them. To do that, you have to walk, run, and crouch in order to remain unnoticed for a certain time.

The five girls are: the dark-haired schoolgirl Rin; the redhead nurse Reiko; the blond ninja Chris; the uniformed waitress Mayu; and Mio, who is a miko (a girl who serves in a Japanese shinto shrine).